As most people will know Higaonna Sensei is ill in hospital, but he didn’t miss the grading Nakamura Sensei videoed it to show him!

At the end of his two weeks training, he and 6 others attempted their examination, grades were being taken from 5th-7th dan. We are happy to say that all the candidates were successful and really shone out according to Sensei Molyneux at the grading announcements at the Sayonara party. 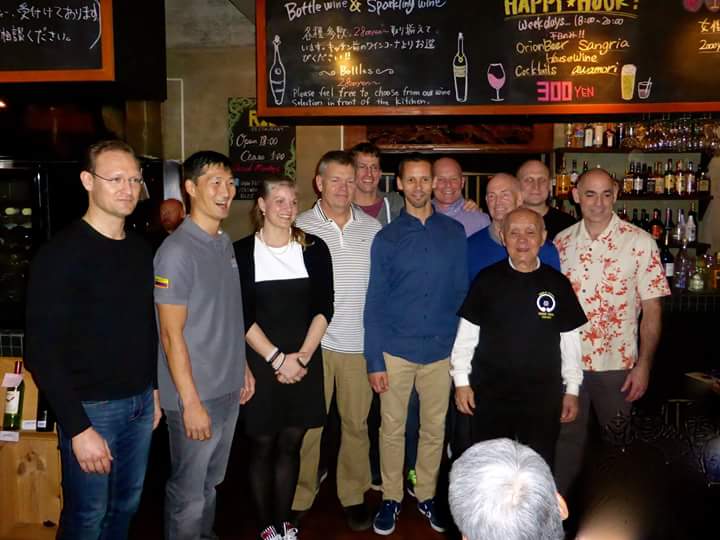