From the opening Jodan punches in basics through to the final endurance test of 100 push ups, sit ups and squats Alice shone out. Her kata was very sharp but her worst fears were realised when she was paired with Sensei Linda for her Sanchin Shime :-)

Her partner for bunkai, ippon and yakusoku kumite was Erroll from Sensei Felix’s dojo in London. They worked very well together despite only having a short time in the session prior to the grading to practise. They were a credit to both their dojos.

Sparring was long and hard and she found herself up against some giants. She took this in her stride being used to sparring with Esh and Chris.

Chi-Ishi and pads were the home straight leading to the final test of spirit in which she cranked out her press ups in good style.

After the final announcement of her success all that remained were congratulations to and from fellow candidates. Hugs from a proud Sensei and breaking out the ice packs! 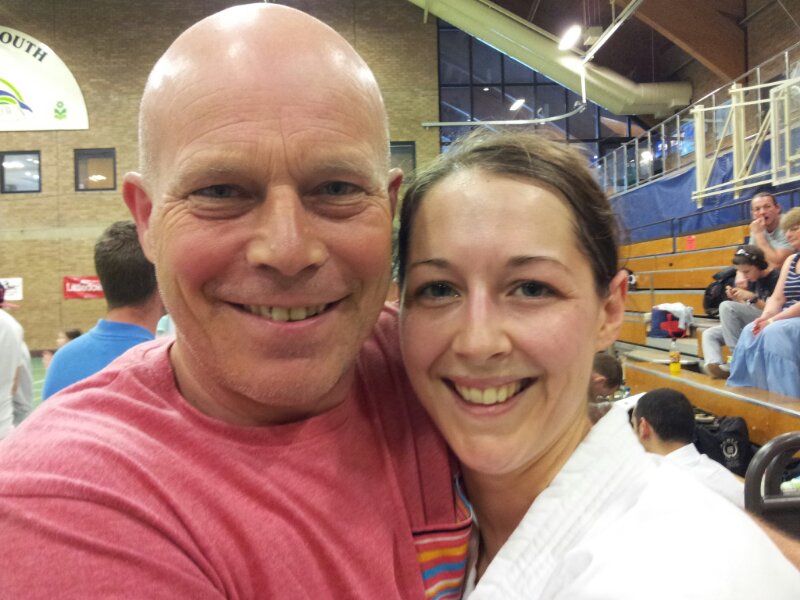